Civil engineer Benjamin Henry Latrobe II, born on December 19, 1806, was the son of Benjamin Latrobe, architect of the United States Capitol and the Basilica of the Assumption.  Around 1820, he worked with his father to establish a water supply for New Orleans.  He died on October 19, 1878.

Born in New Orleans on October 19, 1878 , jazz clarinetist Alphonse Floristan Picou wrote and arranged early jazz music before it was given the name "jazz". A trained tiinsmith, he played classical music with the Creole section's Lyre Club Symphony Orchestra and  with various dance bands and brass bands, including those of Buddy Bolden, Bouboul Fortunea Augustat, Bouboul Valentin, Oscar DuConge, Manuel Perez, Freddie Keppard, Bunk Johnson, the Excelsior Brass Band, the Olympia Brass Band and others.  Many younger clarinetists, including Johnny Dodds and Jimmy Noone, cited Picou as an important influence.  "King" Joe Oliver commissioned Picou to write new tunes for his band. Picou's compositions include "Alligator Hop", "Olympia Rag".  In the 1940s he made his first recordings, and opened a bar in a building he owned on Claiborne Avenue. For years into the 1950s, he was a regular on Bourbon Street in the French Quarter with Papa Celestin's Band (with whom he also did radio broadcasts) and leading his own group.  Picou died on February 4, 1961.  His funeral procession was one of the largest the city had seen, with several brass bands and many additional musicians playing. Many have said that his death marked the end of an era --  the last prominent musician who had worked from the very birth of jazz music.

Born in Natchez, Mississippi on October 19, 1842, Adolph Meyer was a member of the Louisiana U. S. House of Representatives  who served nine terms as a Democrat from 1891 until his death in office on  March 8, 1908.  During the Civil War, Meyer served on the staff of Brigadier General John Stuart Williams of Kentucky and attained the rank of assistant adjutant general. General Meyer Avenue in Algiers part of is named in his honor as a tribute to his efforts to lobbying for the U.S. Naval Station which was located there.

To receive an update for each day in New Orleans history,  join our facebook page - Today in New Orleans History
If you have enjoyed these daily updates, you might also enjoy these books by Catherine Campanella: 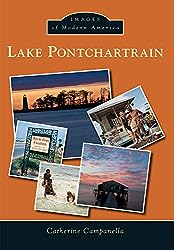